Product prices and availability are accurate as of the date/time indicated and are subject to change. Any price and availability information displayed on [relevant Amazon Site(s), as applicable] at the time of purchase will apply to the purchase of this product.

Make sure this fits by entering your model number.
Ride the rails: Rush into battle with a quadruple Rail system that Amps up head-to-head battling using Beyblade burst slingshock Tech. Vary your attack by launching in different sections of the BEYSTADIUM.
Combination energy layers: Customize your Top’s energy layer and choose your Spin direction with combination energy layers and direction-changing chips. 8 possible combinations 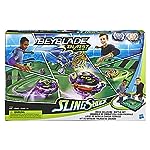 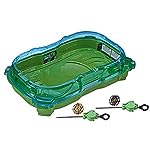 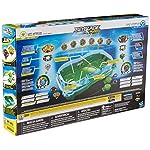 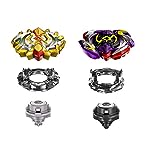 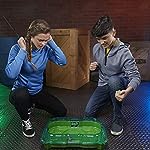 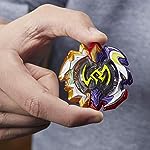 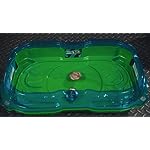 Ride the rails with Beyblade Burst slingshock Tech! Cross collision BEYSTADIUM features a quadruple rail system that propels tops through the rails and into the battle ring for intense head-to-head clashes. Bladders can keep the performance tips in battle ring mode to defend their position in the stadium, or convert them to slingshot mode to ride the rails and rush into battle. Scan code on Beyblade Burst slingshock tops’ energy layers and cross collision Stadium to unleash each in the Beyblade Burst app. Let it rip!
beyblade Burst toys are for 8 year old boys and girls and up. Battle set makes a great gift for fans of the anime series and kids who want to level up on their journey toward Beyblade mastery.

There are no reviews yet.